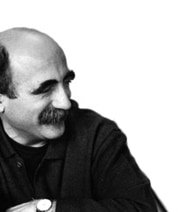 Pioneers of industrial design, Massana and Tremoleda stand out for their technological and functional designs. Together with Francesc Miravitlles they founded the company Mobles 114. His professional career was recognised in 2001 when his company received the National Design Award. Since the founding of Mobles 144, the team has focused on designing functional objects that are cost-effective, steering away from eccentric design for its own sake. He was a pioneer of industrial design along with Josep Maria Tremoleda, who he studied with on the first industrial design course offered at Massana design school (1965-1969). In 1968 he created ‘Equip de Disseny’ with J.M. Tremoleda, F. Miravitlles and J. Doménec. Five years later, he became an editor and co-founder of Mobles 114, a furniture store and interior design studio that also promoted the work of designers such as Carles Riart, at a time of considerable social and cultural change in which design had a role to play.The success of this project was borne out in 2001 when Mobles 114 won the National Design Award.He was chair of ADI-FAD between 1989 and 1990 and founder of RED (a design company network) in 1993. Their designs are known for their high technological and functional quality and maximum optimisation of production costs. They stand out for the importance given to the functionality of the object and their distance from formalist exercises. Honesty is paramount and aesthetics consequence. Some of their most emblematic designs are the Gira lamp (1978), the Tria bookcase (1978) and the Havana bench (1990).