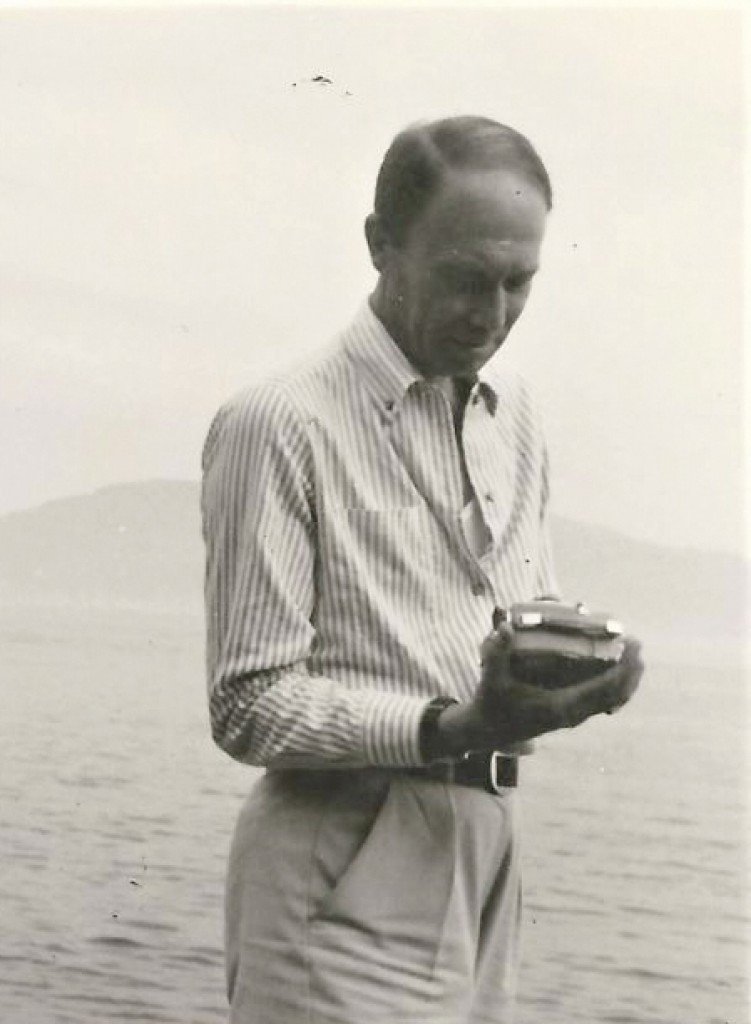 Jacques Biny is a major French luminary from the era of the glorious 30’s. Unlike other designers, he is also a publisher (serial industrial manufacturer) and has collaborated with some of the best young designers of his time, such as Michel Buffet, Gustave Gauthier, Jean Boris Lacroix or Charles Ramos. Together, they embarked on the adventure of serial modern lighting. Graduated from the National School of Decorative Arts in Paris, Jacques Biny first settled in Valence, his hometown, to work as a decorator. Faced with a lack of lighting on his sites, he decided to design his first models, which he offered to his customers. In 1950, following this successful experience, he returned to Paris and five years later founded his own modern lighting manufacturing workshop, Luminalite. From then on, the latter participated assiduously in all major national fairs, produced nearly 400 models over a span of thirty years in his factory on Rue de la Folie Regnault. Luminalite also was prominently involved in associative circles, defending the new science of contemporary lighting. Modern and a forerunner, the “designer-publisher” created a sophisticated range of “rational lighting fixtures” for the home and used the latest state-of-the-art materials such as microperforated sheet metal or plexiglass. Under his pencil, the forms progressed and became radicalised. The function and sobriety of the lines are essential: the object by its design is summed up with elementary, pure shapes. Jacques Biny worked for nearly thirty years on developing his profession by perpetually questioning the functionality of models, as well as their illuminating effectiveness – working on light quality sometimes to the point of obsession. In the 1960’s, Jacques Biny granted orders for light installations on major projects, such as the grand cinema in Valence The Palace, the rooms of the University City of Antony and Nanterre, the prefecture of Valence or the Saint Nazaire Chantiers de l’Atlantique. Jacques Biny suddenly died in 1976, while his Luminalite business was booming. All of Jacques Biny’s work is different, consistent, and intelligent. Jacques Biny is a kind of light conductor. His products are still relevant. The Biny Table is resolutely modern. In his own words, “It is the search for the correct balance between the rigours of the technique and an aesthetic, which integrates with contemporary architecture that has guided the creation of my lights”. His early decorating experience allowed him to consider lighting problems pragmatically and focus on his function.