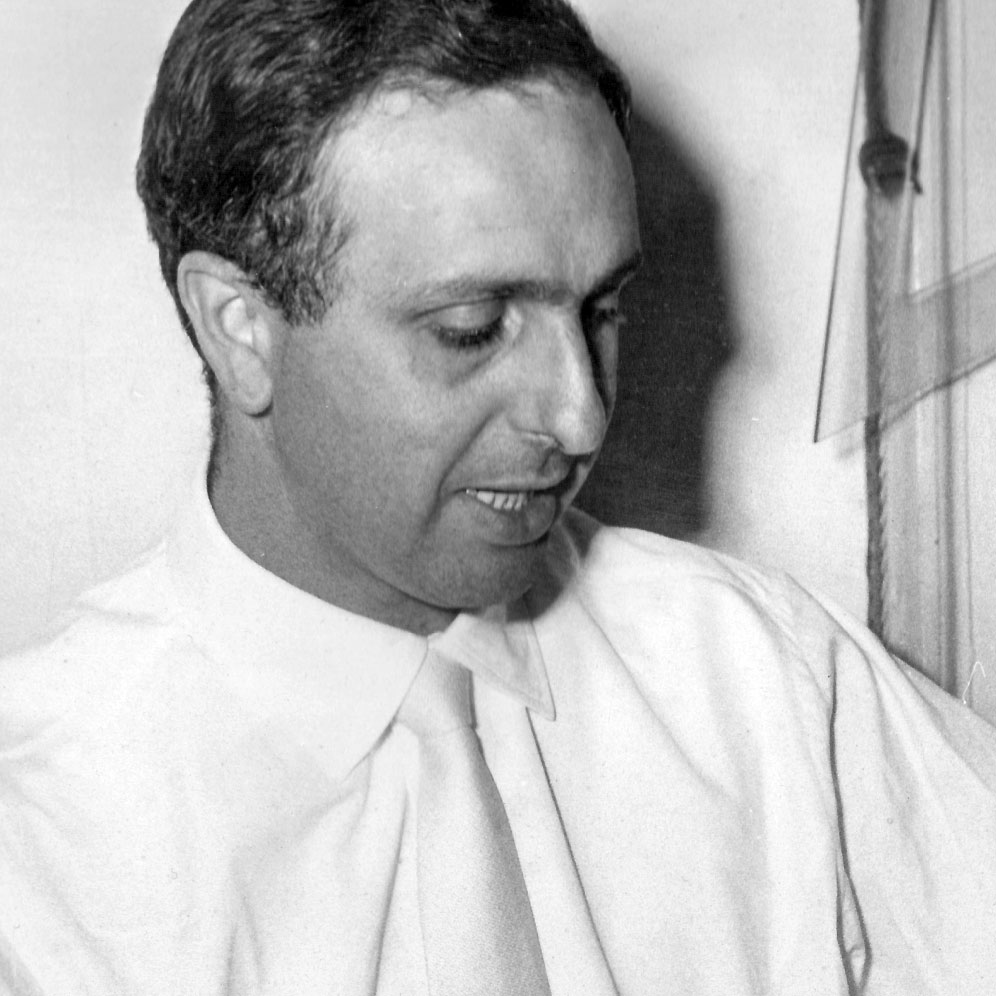 Vittoriano Viganò was born in Milan in 1919. Son of the painter and engraver Vico Viganò, he graduated in Achitecture at the Polytechnic School of Milan in 1944. A main figure of the architectural debate in the post war period and an original interpreter of European Rationalism, he was unanimously considered by critics the most important Italian exponent of the ‘Brutalism’ current. A multidisciplinary talent, a tenured professor in Interior Architecture and Urban Planning during all his life for the Milan Faculty, Vittoriano worked at various scales: from industrial design to architecture, from interior design to urban and landscape planning.

In continuity with the Milanese cultural tradition, Viganò kept open eyes on all emerging innovative European and International architectural experiences, which led him to become, in the early ‘50’s, the Italian correspondent for L’architecture d’Aujourd’hui, the renowned journal directed by artist Andrè Bloc, and then for Aujourd’hui. In the same period he took part in severals Triennale’s exhibitions and designed several art galleries in via Brera in Milan. Vittoriano was Art Director of Arteluce, the company founded by Gino Sarfatti, for some years. He designed numerous luminaires as well as the flagship store in via della Spiga in Milan for Arteluce. In 1991, the San Luca Academy awarded him the Italian Republic President Prize for Architecture. In 1994, Milan Triennale re-edited and exhibited some of his furniture for the great retrospective on the origins of Italian industrial design. Some of those were selected for the Permanent Collection. His work was exhibited worldwide and regularly published. Vittoriano Viganò died in Milan in 1996.