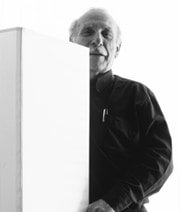 Ferran Freixa Jové worked on many projects with architects including Martinell, Bonet Garí, Bonet-Armengol, Sostres and others. In 1959 he created Best-Form to edit Bonet, Kurchan and Ferrari-Hardoy’s famous BKF iron and leather armchair (1939) in Spain, as well as his own designs. In 1961, Ferran Freixa won the Gold Delta Award for the N-4 lamp in the Nagoya series, and successively was awarded the Silver Delta for one of his wall lamps in 1962.

In 1967, he joined the ADI-FAD (Association of Industrial Design of Fostering Arts and Design) as a design partner. In 1968, he became a member of the board as the treasurer and took part in planning and running the ICSID congress in Ibiza. He remained a member of the ADI-FAD governing boards until 1975.

In 1969 he created a modular furniture programme called Format 22, which was selected by ADI-FAD. This modelling programme and other products by his company later become part of the firm Galo-Ben in Barcelona.

In 1972 FAD commissioned him to design and build an inflatable pavilion to house the work of the various groups that belonged to FAD. Jové founded the Centre de Disseny de Barcelona (BCD) in 1973 with the designers Casablancas, Blanc, Carreras, Prats and Bertran. In 1974 he founded the company ACORD S.A., which made and designed furniture such as the Expo 35 material, the Tejano programme edited by Grassoler S.A. and the Minor 10 Series which won the ADI-FAD Golden Delta in 1974.

During the 1980s he worked with Antoni de Moragas on restoring a number of monuments that had been taken down at the end of the Spanish Civil War, including the monument to Rafael Casanovas, the monument to Francesc Layret and the monument to Doctor Robert.