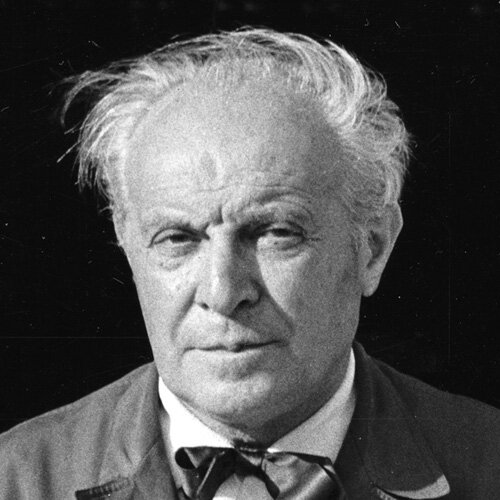 Gio Ponti is one of the most important figures in twentieth-century architecture and arts. He graduated from Politecnico di Milano University in 1921. From 1923 to 1930 he was artistic director of the Richard Ginori company. In 1928 he founded the magazine “Domus”, which would be followed by other great publishing feats such as “Stile”. Dating from the late 1920s are the “typical homes”, emblematically called “Domus”, which combined the concept of Italianness with an interest in rationalist theories.

Right from the start, he took part in the Triennale design expositions in Milan. In 1936 he became professor in the Architecture Faculty at the Politecnico di Milano. With Antonio Fornaroli and Alberto Rosselli, in the studio in Via Dezza which would become his home, he conceived an extraordinary series of projects, expressing his “finite form” theory in the fields of furniture with the “organized walls”, design and architecture: to quote just a few, the Superleggera chair, Pirelli skyscraper, Villa Planchart, followed in the 1960s and 70s by the Hotel Parco dei Principi in Rome and Sorrento, the churches of San Francesco and San Carlo in Milan, Denver Museum in Colorado and the cathedral of Taranto.