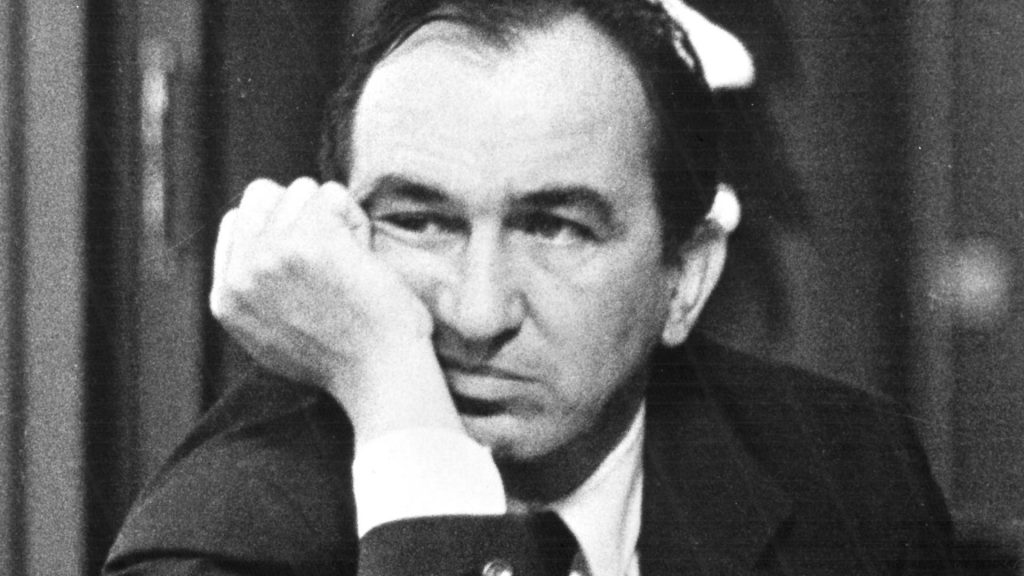 Marco Zanuso, Italian architect and designer, studied architecture from 1935 until 1939 at Milan Polytechnic. From 1945 Marco Zanuso had a practice in Milan and worked as an architect, urban planner and designer. Marco Zanuso is regarded as a leading light in postwar Italian design. In 1946-47 Marco Zanuso was editor of “Domus”, then until 1949 editor of “Casabella. From 1958 until 1977, the German designer Richard Sapper worked in Marco Zanuso’s practice and the two collaborated on a great many extremely imaginative and original designs for furniture, lamps, and electrical appliances. In 1956, Marco Zanuso co-founded the Associazione per il Disegno Industriale (ADI), of which he was president from 1966 until 1969. Among Marco Zanuso’s most important projects, the table lamp “Zanuso 275” designed in 1965 for Oluce Company. The Olivetti factory buildings in Buenos Aires and São Paulo (1955-57), and the Necchi office building in Pavia (1961-62), as well as IBM factory buildings in Segrate, Milan, and Palomba between 1974 and 1982 were among his architectural projects. He died in Milan in 2001.