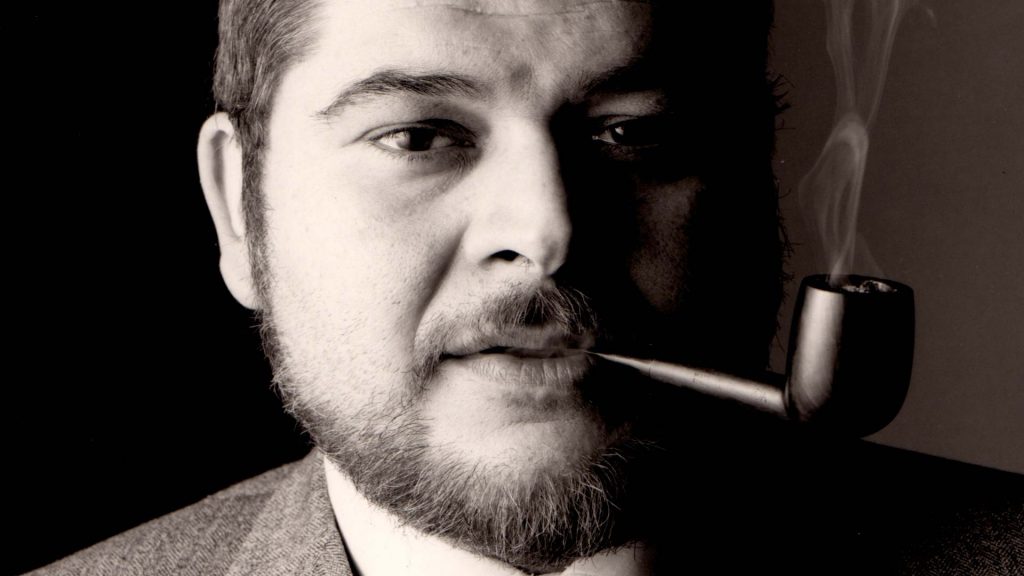 Talking about Joe Colombo means telling the brief but intense parable of one of the greatest Italian designers, who died in 1971 at the young age of 41. It means telling about a life, as quick as lightning, of a man who strongly believed in the future and who gave us a very particular prefeguration of those fundamental 60s, when the future suddenly started to appear closer. Joe Colombo’s future was an anti-nostalgic future (he would not have recognised as ”future” the ’90s in which we live today), in which an intelligent technology would have helped every human activity, laying the foundations for completely new living models. At the time, Joe Colombo designed entire living cells. The first one was for Bayer, Visiona ’69, an integrated cell divided in ”functional stations”: the ”Night-Cell” block (bed+cupboards+bathroom), the ”Kitchen-Box” (kitchen+dining room), the ”Central-Living” (living room). These functional stations are articulated mapwise as well as sectionwise, just like the homes designed by Joe Colombo, where floors and ceilings go up and down, continuously accelerating and slowing down within the interior dynamism, where shelves hang from above and lights are deep-set in the floor. This is probably the best known vision of Joe Colombo’s future, which makes us smile today and talk about a science fiction utopia, but another one exists, one that has been subject to less analysis and which, unlike the former, proposes independent single elements, which condense functions and which are finished and ready to use. The first one which comes to my mind is the Mini-Kitchen, presented in 1963 at the XIII Triennale: a mysterious plastic-coated ashwood parallelepiped on wheels, measuring 75x75x90 cm, and containing ”cooking stoves, an oven, a spit, a grill, a refrigerator, a locker for 6 plates, cutlery and glasses (all placed in special lofts to avoid breaking during transport), a locker for pots and pans, a series of small drawers to contain all the various tools, a locker for the cookery books, a kniferack (at the side), a tin-opener (hanging), the lid of the refrigerator which also acts as a chopping-board and the wooden lid of the stove which can also be used as a tray.” (from Domus 418, September 1964). It is evident that the underlying idea here, is that of a future constructed in indifferenciated spaces (could this be a prefeguration of lofts?) where resolver objects constantly surround us and are capable of characterising and serving every single area. In the same way, we can look at the well-known cart Bobby of 1970, and even at the armchair Elda, again of 1970, whose high back covers a precise area, mp of 1972, which manages, thanks to the use of a halogen source, to interpret space as a vast bright island (walls are no longer necessary, all you need now is to be either inside or outside of that cone of light). And then, telling about Joe Colombo means telling about a man for whom research had no limits, becoming artistic research on the one hand (just look at the extraordinary lamp Acrilica and at its relation with kinetic and programmed experiences), and scientific research on the other (surely that is the case for his research on the use of new materials and new technologies: we’ve already spoken about halogen light, we can now think about injection printing – the very well known chair for Kartell in 1968). And still many more things could be told about Joe Colombo, which are all, however, dominated by the tormenting statement that the brief years in which ”creativity had the power” have also been the brief, magic years of Joe Colombo. Fate has prevented us from finding out what this visionary genious would have done in the dark times which followed. Still today however, twentyfive years later, many of his products, still with future-like characteristics, live beside us every day, constantly talking to us about a better future.