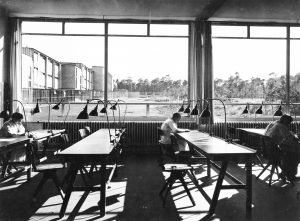 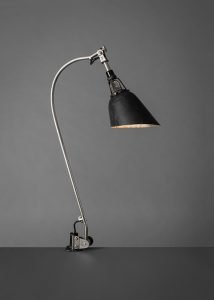 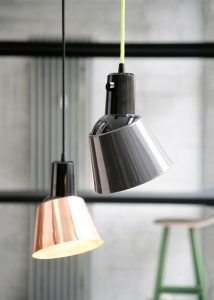 Midgard was founded in 1919 by the engineer Curt Fischer. A lamp manufacturer who is producing in Germany to date, Midgard constructed the first articulated “steering lamps”. It was a true innovation at the beginning of the 20th century. This is why Curt Fischer is considered the inventor of tractable light by many.

With his products, Fischer was supplier of Bauhaus, where Midgard lamps could be found also at the desks of Gropius, Wagenfeld, Brandt, Stoelzl as well as in the Bauhaus apartments.

In 2015 David Einsiedler and Joke Rasch take over the company from the third generation of the Fischers and lead it back to production in Hamburg after restructuring.

To date Midgard produces three lamp ranges: the Midgard Modular System, Spring-Loaded Lamp and K831, all made in Germany and under the use of original tools. The historically important Bauhaus Steering Light TYP 113 was reissued in 2019.

Shop all Midgard products by browsing the full catalog PDF, then contact us for pricing.